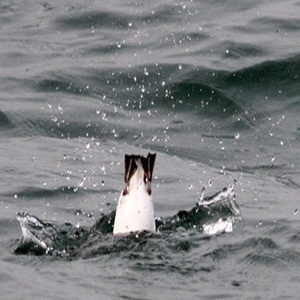 Lian Yun Gang locates in the middle of Yellow sea

Depart from and return to Shanghai

A tailor-made tour for only 4 person

The Cost Includes: All accomodations, all main meals, entrance fees, water and guidence;

What's not included: International travels to and from Shanghai; tourist visa and international travel insurance; alcohlic drinks, tips and other items of personal nature; ferry cost as stated in the itinerary;

Accomodation is not included and we could help booking the hotel near Pudong Airport.

Another hotspot for migrants along the Jiangsu coast, Lian-Yun-Gang supports thousands of Asian Dowitchers regularly. Although peak time in southward migration is in August, in early September we can still see quite a few. Decent number of Relict Gull winter here and we may encounter a few immature birds. Among many gulls and terns, in recent years the critically endangered Chinese Crested Tern (both adults and juvenile) has been recorded in the neighbouring Shandong and Rudong in August and September from an unknown breeding population either in Korea or possibly Shandong, where the last 30+ birds were collected in the 1930’s before it was rediscovered in 21st century in south China.

Alternatively, If ferry available (cost not included), we will visit Cheniushan Island for migrants. Post-breeding Streaked Shearwater and Swinhoe’s Storm-petrel possible on the way.

The ferry boat is open in weekends for general tourists. The boat company may cancel the shuttler boats withour notice if no enough tourists or unfavorable weather forecast.

the island is about 40 km from Lian Yun Gang mainland

A compliment visit to Han's studio wil be arranged after the dinner.

Accommodation is not included, which is included in the Amazing Yellow Sea.

Meals: breakfast at hotel; half day tour is available with compliment

Han starts his monthly survey since 2008 and has never stopped, by 2018, he has been counting the birds in for 120 months. Lian Yun Gang and his shorebird data is one the most important output of China Coastal Waterbird Cencus Team.

Key speceis are (all exceeds 1%)

Asian Dowitcher - over 2000 in northward and southward migration

In winter, Lian Yun Gang is one of best spots to have a look of some wintering sea birds as